Well, I gotta say one thing, the weather at New Smyrna Beach Speedway on 3-5-22, was picture perfect for Billy Lane’s SONS OF SPEED, and when chief flagman Bubba Blackwell dropped the green…well, the action just never stopped…!!! It took over 15 heats to reach the finals, which were run after a short breather for both fans and racers.

Plenty of food and drink was available to the rear of the grandstands.

The finals were, as always, pretty exciting. Watching those old machines run the way they do, gets you wondering just how well they were designed and built…!!! Several of them were 100 years old…!!!! I’m wondering if today’s machines will last THAT long…???

All in all, it was an exciting day at the races. ValGal covered the pit action, and I stayed high up in the grandstand…gettin’ too old to wander in the pit area all day…Val did a fabulous job.

Thanks to Billy Lane and the whole crew for their hospitality…hope to see ya next time..!!! 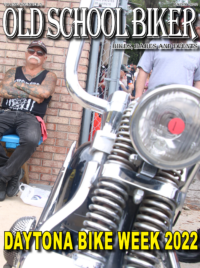