I don’t believe the weather on May 8th., 2021 could have been more perfect for the 20th. Annual Brevard County Law Ride. They formed up on the grounds of the Memorial Museum on Rt. 405 just east of US#1. I was told that there were 539 bikes signed in…fabulous!!! DJ, Oddball was supplying the tunes, Presentation of the Colors was by the Brevard Sheriff’s Honor Guard, and now, it was time to RIDE!!! I had assumed my position at the east end of the Max Brewer Bridge in Titusville to get shots of the column of bikes which seemed “never-ending”…!!! I joined in at the end of the column, and we proceeded out to Kennedy Space Center where we jumped on the Shuttle Runway. Folks, THAT was a blast…!! There was no stopping at the VAB this time, just on down to 405, where we headed west, past the Visitors’ Center, past a huge solar power center, through the black smoke of a controlled burn over the drawbridge, and back into the Museum area where lunch was waiting. I’d like to thank the Officers who cooperated with me and got me into the fast moving column…no problems anywhere along the route…! Brevard County deputies and some from surrounding areas….thanks for a job well done…!!

This old man hopes that he’ll be around for the ride next year…!!! 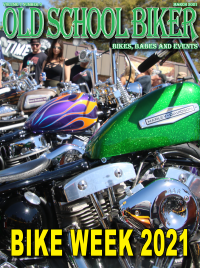