After being cooped up for months it sure was awesome to get out and about for a new bike night in the Central Brevard Co. area. The George & Dragon English Pub in Cocoa Village Florida had their first bike night on Tuesday.

Because it was such a great success they decided to keep doing it on the first Tuesday of the month… This place is awesome! A vendor food truck was there with some good food too! If you haven’t been there yet, stop in and have a brew and make sure to tell them I sent ya!…

Hypersona played music from 6-10pm and had everyone dancing to all KINDS of music, from rock to country, they sure have what it takes to keep people on the floor… EVEN ME!

So I hope to see you at George & Dragon next month! Keep your eyes open for a possible Red White & Blue bike show for the next awesome night! 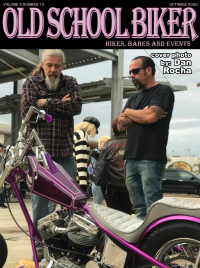