Under very cloudy skies, I rolled in to Post 359 at my usual time, and had to really scrounge around for a parking spot…I tell ya folks…the place was JAMMED!!

The band, “Hypersona” was wailing away, folks were dancing, and several people told me…”Check out the chick with the purple hair”…so, I did, and you can see the rather pleasant results…!! The food area was crowded, as were the 2 bars…one at each end of the huge Tiki Patio Deck..!!

The rain held off till around 3:30, but then, we got dumped on!! It moved out about 45 minutes later. There was a drawing for a Booze Basket, and of course, the 50/50, of which a large portion was donated back to 359. Folks, it was a fabulous day among friends!! The membership drive is in full swing, so, think about THAT!!!

Thank a VET today, stand up for your country, and may GOD BLESS AMERICA..!!

Yeah, this old man is thankful to live in a country like the U.S.A….!!! 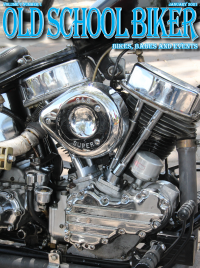