Since I have Had the Rocket 3 Touring from the beginning of December I thought it was about time I stopped teasing Val and gave her a write up on it. As you can only tease wimmin for so long before you get in trouble anyway I digress.

I got hold of the good people at Riders of Bridgewater a short ride into the next county of Somerset(real cider country). I bought my first 2 Harleys from Riders 30 years ago and it would be interesting to compare the to bikes

Triumph originally was hoping to take on Harley with the Rocket 3 in America and styled the Touring model at The Road King.

Well Since I have been Riding Harleys for over 30 years now I can say there is no comparing the 2 Bikes easily. As they are both great Bikes in there own right especially the new Model I rode and pictured.

I have been Lusting after a Rocket 3 ever since Triumph introduced it in 04. Then I saw the Touring model at the Timonium Show in MD a few Years ago. That’s the one l want

Test Rode it at Destination Triumph near Southampton in November and picked up, rode it home on December 4th.

Unlike you lucky People in sunny Florida. England in December is cold an wet. But had a new toy and was happy.

First impressions is yes its big. Manhandling  it stationary and backing up was challenging lol. As any Rocket 3 owner will tell you. Especially if you have a crowd of gawkers.

Once underway it’s like riding a big pick up .with the comfort of a caddy and the parking style of a 1 ton dually.

Ok seat needs some fixing and a local sailing upholstery shop to chop and trim it. Ahh that’s better. Backing up was more pleasurable.

But a bit more was needed, after a call to Long standing Shock maker Hagon. Dave advised me they could custom make me a Shorter set with the correct clearance.

2 days later another parcel arrives out with the spanners and fixed. Rocket is now lowered and I sit low as I am used to

Now for the new Road King.I can honestly The New Road King is the best handling Harley I have ever ridden. Gavin at Riders set me up to go for a Ride with John on 117 cu Heritage and my Road king had the new 107 motor.

Well sitting on a Harley again was like meeting an old friend. We took off  and ficking though country roads at above legal speeds (70plus ish). The Road king acting like a FXR with lots of power on tap

Taking twisty roads at speed and braking hard. Very unharley like compared to my old Wide Glide. Plus felt like sitting on a sportster after the Rocket. Maybe should have taken out the Street Glide.

As you can tell by the side by side pics the Triumph is a tad bigger.

So how do they compare. The Triumph and The New Harley Road King are both great Touring Bikes. Handle Great ride comfortable over long distance with plenty of power.

The Rocket 3 Touring has 40 HP less than the Roadster or the Classic. Triumph did this but bumped up the Torque, which this Beastie lives on.

Was quite a learning curve as first you have to tame the beast to show it who’s Boss. Winter riding then lowering did that. Know the sun’s out with great riding weather I am have a ball Riding her

Want to stand out from the crowd at a Bike Show Ride a Triumph. Find a local dealer and take one for a Test Ride. I have rode the New Bonnie and Speedmaster. But more of that later. 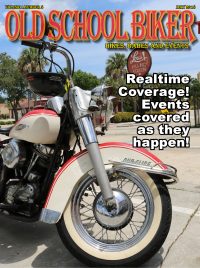