Right about now, I believe a lot of folks are saying the same thing that I am….”Where has the time gone…??” A lot has happened in the past 20 years…new members have been added, and sadly, Patches have been burned as well. As they say…”Time marches on”…!!

ValGal and I HEMI’d down to Melbourne under threatening skies and several fleeting showers, arriving there just as the band, SHOVELHEAD were setting up…in the rain..!!! Thankfully, the rain ended shortly thereafter, and the rest of the night was rain-free, at least while we were there!! As always, the food was tasty and plentiful, including a huge pile of pizza!!! Plenty of cold stuff to drink, and some games to keep one busy, along with a “trick bicycle”…very  hard to ride, BUT, it CAN be done. Of course, there was no shortage of gorgeous ladies too!!! All in all…a FUN time at the MOB!!! We’d like to thank all the Brothers for the work they put in to assure that everyone has a GOOD time!!! Hey, thank a VET today, and GOD BLESS AMERICA!!! 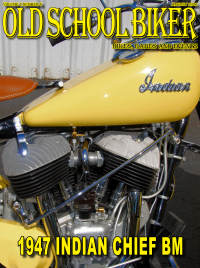