September 28, 2019, was a busy day for us. It was Post 359 in the afternoon, then, down to Melbourne to the Wrecking Crew MC, for their grand RE-opening of a new clubhouse on Avenue “B”, just off Babcock, at 8PM.

Nice crowd, with several clubs represented. Tasty burgers and dogs were being grilled out front, and several other items were donated and brought in. I tell ya folks….those baked beans were fabulous…something different!!!

There was a toast for all the Bros and Sisters who showed up to support the Wrecking Crew…adult beverages, food, babes, and AC in the clubhouse…good combination for a hot summer night in Brevard County.

We’d like to thank Shawn Marshall and the whole crew for their hospitality…a perfect way to cap off a busy day. Hope to see ya next time… 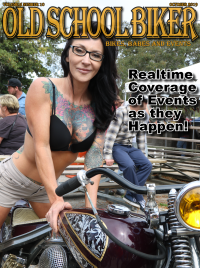