It’s middle January, and this winter has been the weirdest on record up here in Eastern Tennessee.

As I write this, the forecast is calling for evenings in the 40’s and day time highs in the high 50’s and low 60’s. These are strange days indeed;
I don’t give a flying burrito about El Nino… but for real, I understand Central Florida has been WET.  As with us, wet is the four letter word of the day. (Just add an extra “t” if you gotta be a stickler about the dumb number stuff.)
So I’m sitting here, with the rear head blown on my bike, warmish temperatures and a huge desire to ride.  But I won’t. I can’t.  I don’t want to spend any more money that it takes to replace the gaskets and the head bolts.

Well what do we do when we can’t ride? We relive our past experiences through photos or through friends who rode with us.  I ride alone…so it’s photos.

As I’m scanning the thousands of photos I have of my rides, I come across a set from a trip to West Va.  It involves roadside history signs, covered bridges and Confederate Monuments.  Living in the south encourages one to understand the Southern Pride that lives inherently within each of us.   Well, ok…I’m not a born in the South real deal, I’m a Military Brat, a chameleon whose ability to take on the traits and characteristics of my surroundings have kept me sane through many strange cultures over the years.  Yes…that’s how Brats survive.  We learn we can mimic or camouflage ourselves within our environment.   But for me, I’ve lived in the South long enough to actually consider myself “one of them”.  I am a southern gal…for the most part, and I’m proud of the American heritage that has built the South into the epic multi-graphic and colorful social experiment of history as well as the idea of cultural blending of many types of peoples.   We blend, we grow, we change…but we keep some of the historic ideals of the deep South.

I’m thinking of all this political correct crap happening all over the south, the removal of the Southern Battle flag from license plates, the tearing down of historic and beautiful statuary from government lands…I feel as if people are trying to eradicate the history of our rebellion.  It’s as if the sensitivities of some persons is more important than remembering the historic realities of our country.   I liken this feel good knee jerk reality to some folks denying the Holocaust, rewriting the truth, the history of a nation to read like a white washed version of the truth.  Destroying or perverting the memory of the ancestors of the Appalachian people.  The history of the Georgia plantations, the oral memories of the black decedents of the Southern peoples.  It wasn’t all good, but it wasn’t all about slavery either.  Why demonize everything the South is about by neglecting to tell the entire living histroy of the South?

This is not the story I started out to write, but as I continued to look at my photos, the more I was reminded of the events over the past year of 2015.  So I am here now…and I’m saying what I think.  I don’t expect everyone who reads this to agree with me.  If that was the case, I’d be pretty disappointed and bloody over the verbal and mental beatings of those whose views of this entire Southern Pride discussion turns toward me in heated anger.  But I won’t be bloodied over this mention, because it’s within my rights to voice my thoughts…and I know you’re out there.  No surprises here.

So here are some of the Southern Pride photos I’ve managed to capture on my travels.  I hope you enjoy them.  If some folks have their way, these monuments and histories will disappear into Political Correct Hell.   I hope not, but at least I still have my photos. 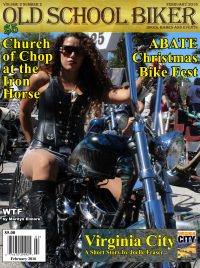