Friday, Jan. 31, 2020 saw the Ballroom at Legion 359 filled to capacity for the Project VetRelief Dinner. There were many Post Officials attending from out of state, National Commander Bill Oxford, Department of Florida American Legion Commander Rick Johnson, Eastern area Commander Dennis Boland, Astronaut High JROTC, we had 1,200 hours of volunteer time and we raised $21,000…

A ceremony honoring Lost Vets was carried out by N. Titusville High School’s JROTC group…very inspiring indeed!! A very tasty dinner was served by caterer, Kelly’s Cuisine, a local family operated company. Several Legion officials gave short talks explaining the importance of the VetProject. After the dinner portion of the evening ended, Karaoke began in the main clubroom. All in all, it was a fully enjoyable evening. Folks, please thank a Vet today, stand up for your country, and GOD BLESS AMERICA…!!!

The weather could not have been any better for the Project Vet Relief Poker Run, on Sun. Jan.19, 2020, out of American Legion Post 359 on US#1 just north of Port St. John, FL. They tell me there were 60 sign-ins, which is not too bad for a Space Coast Week-end!!

The band-ROUGHOUSE– was already in full swing when I got there, and people were starting to shuffle. The big grille was loaded with burgers and fried baloney, and a large table held all the novelties and leather goods along with a bunch of bottles of “fire-water” to be auctioned off later. The 50/50 winner donated back $100 to the cause.

The new patio area at 359 was over-flowing with Vet-Relief supporters, doing their part to assist Florida Legions’ Vets. If YOU would like to help, go to www.projectvetrelief.org  They’ll give you all the info.

Hey, it was a fun day at 359…we met some very interesting people…YEAH!!!

Stand up for your country, thank a vet today, and may GOD BLESS AMERICA!!!

Wow! What an awesome day this Sunday was at the American Legion Post 1 Sunday Funday… Tons of good food and plenty of face melting music going on by one of Brevard County’s TOP rock bands Twisted Minds, Inc. People come from all over to see this awesome band! They were also joined on stage by another great local band Seed. They rocked the day away from 1 til 5pm, boy does time fly when your having fun…

So with that being said please be safe out there and ENJOY!

Well, there was one thing besides the gorgeous weather that drew a good crowd at American Legion Post #1’s Bike Day on Jan. 12, 2020, and that was the Twisted Minds Inc. Band…(TMI) These guys are fabulous…! The dancing area was vibrating all day long…yep, a brief passing shower didn’t deter this group and/or their loyal followers.

To further excite the crowd, there were drawings for a prize basket, and bucket of cheer, plus the usual 50/50. Lucky was there hawking his unique doo-dads made from MC chain, and, in the pavilion, there was food and plenty of bar action as well. Lots of convenient parking too for both bikes and 4-wheelers. A very unusual rendition of the National Anthem too, and guess what….no one “took a knee”…real AMERICANS here, folks…!!!

Our thanks to the whole crew at Post #1 for a very enjoyable Sunday afternoon!!

Hey, stand up for your country, thank a VET, and…GOD BLESS AMERICA!!! 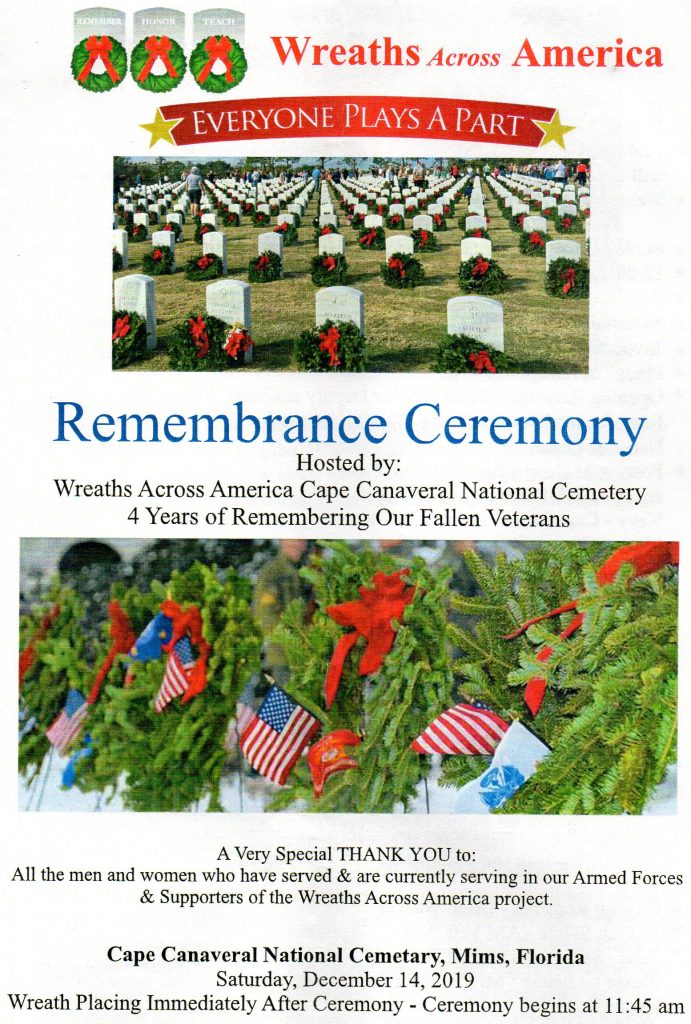 I was just 7 years old when Pearl Harbor was bombed, and I just can’t seem to actually remember any of it. 78 years later…today, Dec. 7, 2019, we all remembered at Post 359’s Bike Day. Of course, the younger folks didn’t recall that horrible day in our history, but, there were a few older ones there who did. There was a moment of silence to commemorate that “Day in Infamy”…The large crowd also witnessed  the presenting of a $1000 check to aid the Vietnam and all Wars Vets Moving Wall Association, by the Nam Knights MC, Brevard County Chapter, plus short talks by Veterans Assn. officials. This was a day dedicated to Veterans…as well it should be!! As always, good food and drinks were available, a 50/50, and the live band, “Mid-life Crisis” supplied excellent entertainment. As always, lots of pretty ladies prancing around…a good way to spend a Saturday afternoon…!!

Hey, stand up for your country, thank a Vet, and God Bless America…!!

After weeks of 80 plus temps, Warm-Full-Safe-2019, got blasted with cold, wet, and miserable weather…however, that did not seem to deter the large group of riders who roared into Legion Post #1 on Nov. 17, 2019.

Hot food and warm space heaters helped deter the cold, although, many riders preferred COLD refreshment!!! There was an auction and a motorcycle raffle to try your luck, plus a 50/50 drawing, AND, the Henderson Bros. Band…and yes, people were dancing!!!

All proceeds went to the National Veterans Homeless Support organization, to help provide a pleasant Christmas for homeless Vets. This was the 10th. year for this event, and, despite the nasty weather, I’d say was a success!!

Folks, we just cannot do enough for our Veterans, because, without them, we may not even be here…!!

GOD BLESS them all..!

Stand up for your country, thank a vet., and stay safe…

Although there were a few scattered showers in the area, the weather was almost perfect for the “Run to the Legions”, sponsored by the Nam Knights of Brevard County. The run started at 359-200-348-1, and ended back at 359, where the live band, “Mid-life Crisis” entertained the large crowd. There was a Bike Show, food, 50/50, a Liquor Basket raffle, dancing, lots of cold stuff to go around, AND,  a whole host of good lookin’ ladies. I mean…what ELSE do you need…??? Folks, if you want a fun afternoon, keep track of the biker events at Post 359, on US#1, just north of Pinto’s Lounge. Remember our troops, and stand up for your country…hope to see ya’all out there soon…

What better way to spend a great day than at Fox Lake Park enjoying the American Legion Reunion hosted by Post 359? Brotherhood was thick at this event, friends that ride gathered with friends that don’t and spent the day talking about old times and new… I love feeling safe and welcome when I go to events where there are a lot of people I don’t know… Everyone made us (Miserable George) feel very welcome… Thank You all for a great time and awesome food! I hope everyone enjoys our photos and if you want some let us know…

As usual, this time of the year, weather is a huge factor in the success of an outdoor event, such as the THREE ANGELS BALL Poker Run, which ended at Legion Post 117 in Malabar. This year, the weatherman DID cooperate!!! It was blistering HOT, but, no rain…at least at Post 117…not sure about out on the run, however…!! Nice crowd…over 100 sign-ins, plenty of parking and lots of picnic tables, plus, paddle boats on their large pond. There was bidding on a bunch of prize baskets, door prizes, a  50/50, and of course, poker run money, all donated back by each of the winners…thanks folks. Food was good, and plentiful, with 2 locations for the cold stuff!! Also, two corn hole areas which were busy all afternoon. Thanks too, to Doc Holiday and a solo performer for some (always) excellent entertainment…!! Sorry, I never did get the solo man’s name…I stood the overpowering heat as long as I could, then, I hit the road for home. Good day all around. Hey, support the under-privileged kids of Brevard County through THREE ANGELS….thanks…!