Well, it was another scorching HOT day, Aug. 5, 2017, at Am. Legion Post 359, up on US#1, just north of Port St. John. Also, a threat of nasty weather all around, but, a nice crowd rode in anyway, to enjoy the band, RockLogic,  and some good food and refreshments.

There was a doggie washing group there too, and they were busy all day!!!  AND, a BIG Happy Birthday, to my friend, the lovely, Talina…she never DID say how old she was!!! Later in the day, a shower blew in, so, I called it a day. Our thanks to Post 359 and the Legion Riders, and the whole gang there, for a very enjoyable day…

July first was a HOT one for sure!!! Not only the weather, but, the entertainment too….

BIG DADDY was scorching the Tiki Area at Legion Post 359, on U.S.#1, just north of the power stations.

The regular first Saturday Bike Day went on great, despite the unrelenting heat!!! Nice crowd as always…even met some new people!! The threat of storms and of course, rain, lingered overhead, but we were lucky in that respect…no bad weather for us that day!!

As always, the food was great, along with the 50/50 drawing, and the just plain ambiance of this place…love it!!! Keep your eyes peeled for flyers about events at 359, and try to make it up there next time. You’ll thank me…

They have a sign on the Tiki Bar out back….it reads…”TIKI THERAPY”…! And ya know what…I believe it works. I’ve never seen people have real, downright, FUN like they do at the First Sat. Tiki Therapy sessions at Legion Post 359, on US#1, just north of Port St. John, Florida. The SPANKS BAND had the place jumpin’ in no time at all. 50/50 drawing too, along with some real good food, and of course…pretty girls all over the place. Talina was kind enough to pose for a few shots with a custom ‘33 Ford…watch for more of that car in OSB…! Always a good time at 359…!!! See ya next time…

A BENEFIT FOR ANDY ROSS 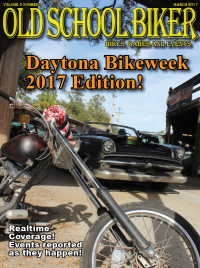