It’s no big secret about some logistical changes that had to be made at the big Chili Challenge this year. Camping areas were changed, entrances and exits were switched, the event was cut by one day…! As word got out BEFORE the event, I believe it scared a few people away! Well,

I’m here to tell you all, the Chili Challenge was a huge success,

despite a few minor changes. Additional  camping ground was purchased, which was more than enough to accommodate everyone, and despite shortening the party by one day…you STILL got your money’s  worth.

My friend, Jay Mollica rode out with me…I of course, took my truck…thanks to Jay for the company. Jay, by the way, is a PRIMO sax player, as I’m sure most of you know!!

We were invited out on Thursday, a day before opening…got a good camp site, met a lot of new people, shot almost 1000 photos, squeezed a few chicks, ate good at Heavenly Hotdogs…(Thanks John & Andrea!!), and generally had a blast.

Weather was good till Saturday evening, when the cold front moved in, and we got spritzed a bit!! Good chili, good events, good people, I think the photos can tell the story a lot better than I can.

Our BIG THANKS to Roscoe and his terrific staff for a 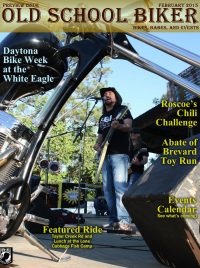