When I got there, the Spanks Band was already on stage, doing what they do best!! The chief cook had the grill covered with goodies, and, there was a nice line of folks, waiting to partake of the best burgers in Brevard County!!! Lots of the cold stuff to go around too!!

I noticed that the main parking lot has been enlarged…that’s the staff at 359…always looking out for us…thanks guys!!! Thanks too, to all the folks who picked up their Old School Biker Magazine at 359…we handed out several more while we were there!!

Hot weather, not-with-standing, folks were dancing up a storm…uh-oh…did I say “storm?” She blew in late in the afternoon…nasty!!! BUT, it was a FUN DAY anyway…always is, on BIKE DAY at 359…see ya all next time.

Remember our Vets, and, stand up for your country!!! 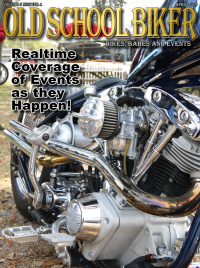